How do New Jersey drivers Deal with Out-of-State Traffic Violations?

As a result of a conviction or plea of guilty to a moving violation in New Jersey, points will be recorded against your driver’s license. And, you are more likely to receive a ticket when you are traveling outside of your home state, as officers will be more inclined to issue out-of-state driving license holders a ticket rather than give them a warning. In addition, minor traffic violations may incur fines, affect insurance rates, and can lead to the driver losing their driving privileges if they accumulate too many tickets. You may be hoping your out-of-state speeding ticket won’t be discovered by your authorities back home. However, your indiscretion will almost certainly be reported to the state that issued your license. As well as your insurer.

A majority of the states are part of the Interstate Driver License Compact (DLC). Under this Compact, all moving violations will be automatically reported, regardless of whether they are related to drunk driving or driving while revoked. Massachusetts, Georgia, Tennessee, Michigan, and Wisconsin don’t belong to the DLC. In the event that an out-of-state violation occurs, the MVS will impose two points. A maximum of two points may be assessed. New Jersey, for instance, imposes five points on drivers who speed 30 mph over the speed limit. It is, however, possible for a New Jersey driver to receive only two points as an out-of-state speeding ticket with an NJ license for speeding when it takes place out of state. In the case of serious violations, such as DUIs, your record will surely be impacted.

In addition, New Jersey is a member of the Nonresident Violator Compact, which includes 43 other states (including DC), excluding Alaska, California, Montana, Oregon, Michigan, and Wisconsin. Receiving a ticket in a Compact state does not have the effect of detaining you out of state, however, if you fail to meet the conditions of the ticket, then NJ will suspend your license.

Our attorneys often appear on behalf of our clients in municipal courts throughout New Jersey to reduce or dismiss old tickets – possibly without you having to return to New Jersey. Get a free consultation with our team at (866) 553-4251 for more information about how we can restore or renew your license. 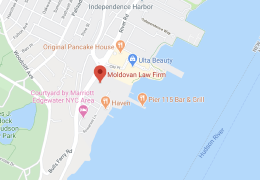 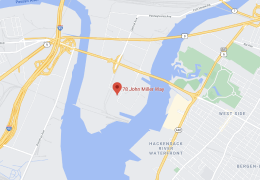 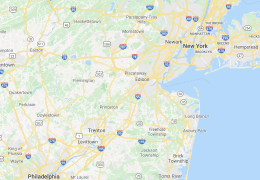